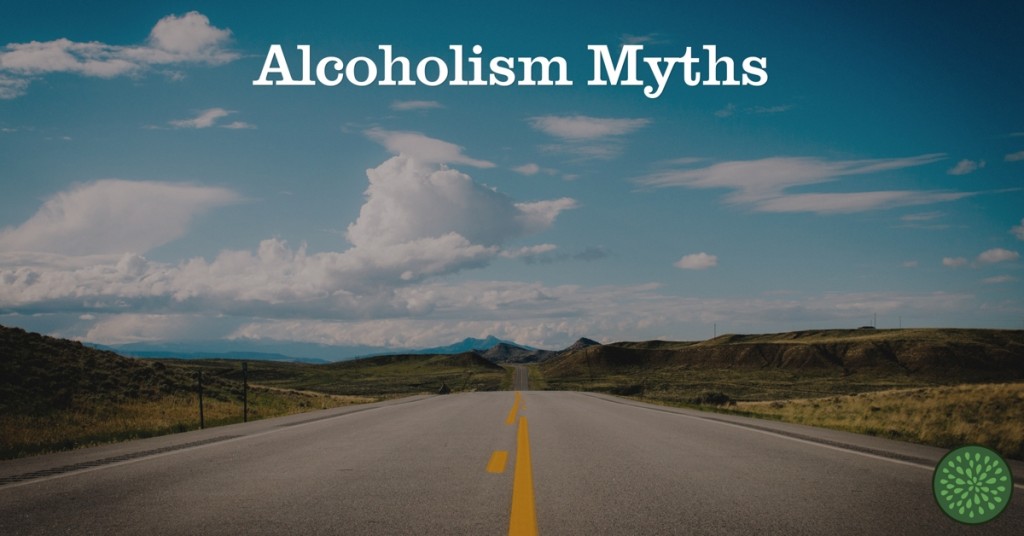 So Many Alcoholism and Drug Addiction Myths

Although an estimated 40 million Americans suffer from alcoholism or addiction it is still an often misunderstood disease. We have come a long way from the days when treatment for the alcoholic or addict consisted of strapping them to a table and waiting for withdrawals to stop. Even with our advancements, there is still a shroud of mystery surrounding the illness of addiction. There are still too many drug addiction and alcoholism myths. Part of this may stem from the societal stigmas attached to being addicted and so we attempt to keep the disease under wraps, relegating it the fringes of society where it seemingly won’t affect us. It also has a lot to do with the perception of what the alcoholic or addict should look like. There are definite signs that indicate alcoholism and addiction when looking to decide if someone has reached that level. The homeless hobo is no longer the typical alcoholic or addict.

Regardless of the why alcoholism and addiction have become a major cause for public concern and with the rise of prescription and synthetic drug abuse in this country it is important to be educated about the facts. The myths centered around this disease do nothing but serve to keep people sick and prohibit their ability to seek the treatment that they desperately need. So if you believe that you may suffer from addiction or think that someone you love may be afflicted with this disease hopefully reading about the common myths associated with alcoholism and drug addiction with help to answer any lingering questions you may have.

Drugs Addicts and Alcoholics All Fit a Certain Mold

There is a common misconception that the drug addict or alcoholic has not ventured into the suburban landscape. When most people think of these two peoples they imagine a man lurking in the shadows. This person is down some alleyway ready to pounce and steal your purse. However, this is not the case.  People who suffer from the disease of addiction come from all walks of life. There are no one-sized fits all description of the addict. They can be your neighbor, your boss, or even your child. The proliferation of prescription drugs over the past 15 years has led in part to this change in demographics among people with addiction. For the most part, the wide spectrum of those afflicted has always been present.

Drug Addicts and Alcoholics Can Stop Whenever They Want

This is a commonly held belief not only by the general public but also by most addicts and alcoholics. The truth is that for many the choice to drink or drug has been lost. This means that on a day-to-day basis they may want to stop but they are driven by an obsession and compulsion that they cannot combat themselves. This myth can be particularly devastating for the family. Especially, because the family will often think that if they only tried harder or did something different then the addict or alcoholic would cease their behaviors.

Being Addicted Means You Are a Bad Person

The previous myth feeds into this myth. Many people, including the alcoholic or addict, think that because they are incapable of stopping that means they are a bad person. They look at the things that they have done in order to appease their addiction. They see this as proof that they are morally defunct.  The truth is that they are sick people and not bad people. Drug addiction and alcoholism is a disease. This disease results in all sorts of behaviors that would never have occurred if the illness were present. So while the alcoholic or addict may engage in less than savory behaviors, some blatantly illegal and dangerous, they are not bad people.

Alcoholism Is Not As Dangerous As Drug Addiction

Since alcohol is legal and within our country, there is a culture of drinking. It is often times believed that suffering from alcoholism is not as bad as being addicted to drugs. However, from a scientific standpoint, they are essentially the same thing. Besides this, roughly 2.5 million people worldwide die annually from alcohol-related problems. On a more local scale alcoholism effects familial relations in the exact same manner that drug addiction does. Alcoholism can cause the loss of jobs, the loss of marriages, and any other number of problems you can imagine. Just because it is legal doesn’t mean that it won’t and can’t cause the same problems that illicit drugs cause.

This myth sounds something like this- because a doctor prescribed it for me it must be safe. While this myth is starting to lose some steam, some people still believe that just because their doctor prescribes them something, it must mean that they can’t become addicted. Many scheduled prescription drugs are extremely addictive and as time goes on and more research has to be done the dangers of these drugs is becoming more apparent. Now just because you are addicted to a prescription drug does not mean that you are an addict, but prescription drugs are often a gateway for people’s addictions to express themselves.

Getting Sober Means Living a Life of Quiet Desperation

Contrary to the portrayal of alcoholics and addicts in popular media getting sober does not mean struggling with your addiction every day. Many people see the sober alcoholic on television and he tells his co-worker how it is a daily struggle not to drink and how he thinks about drinking all of the time. This is nothing like what being sober is. Once a person gets sober and works the Steps the obsession to drink or drug is then removed and they are placed in a position of neutrality. This does not mean that the thought of drinking or drugging a isn’t going to return, but what it does mean is that it isn’t a struggle to not drink or drug.

While many of these myths do not appear to be going anywhere anytime soon, it is important for us as a society to educate ourselves on the true nature of these diseases. We must know what we are up against if we hope to stem the rising tide of addiction that is currently affecting this country. In doing so we can begin to help ourselves and those we love and maybe in time start to remove some of the stigmas that still permeates the public’s perception of drug addiction and alcoholism.