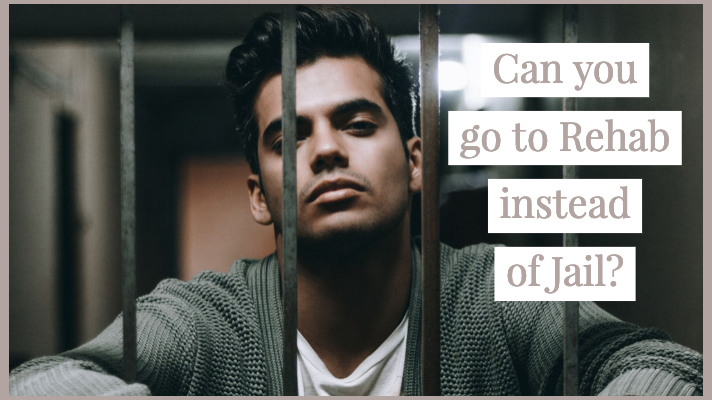 Drug Rehab Instead of Jail

Many people ask me, “Can I go to drug rehab instead of jail?” If you have been charged with an offense, and alcohol and or drugs were a factor, in any way, there is a strong possibility that going to drug or alcohol treatment will keep you out of jail. The real question people seeking rehab versus jail should be asking me is, “how can I go to rehab so I don’t have to go to jail?”

Prison versus drug treatment is nearly the same as jail versus rehab. The only difference is that prisons are typically designed for long-term incarceration. Jails tend to hold people for shorter sentences.

If you have an employer-based PPO Insurance policy, it should cover the cost to go to rehab, instead of jail

If you have an employer-based PPO Insurance policy, you should be able to get into rehab versus jail.  The length of time is typically between 30-90 days. It could be for as long as 180 days. With most insurance plans participating in drug or alcohol treatment with come with a reasonable out of pocket cost. In some cases, up to 100% of treatment is covered by a good employer-based PPO insurance policy.

The cash price for an accredited treatment center, approved by most courts, for you to go to substance, is somewhere between $50,000 to $100,000. This shocking cost is for 90 to 180 days.  The best way to find out if your insurance will pay for treatment versus jail is to get your insurance verified by a treatment placement specialist like me.

If you have HMO insurance policy, your options are limited, to avoid jail by going to rehab

If you have HMO insurance policy your options are limited. With an HMO policy, you should use a Treatment Placement Specialist to find a treatment center that will be able to find you a rehab that will keep you out of jail. The reason is, for HMO policies you must to go to an in-network treatment center.

So definitely use a treatment placement specialist if you can.

Prison is Free but Addiction Treatment is Expensive

Almost everyone I talk to thinks going to drug rehab instead of jail should be free. It’s not!

Almost everyone I talk to thinks going to rehab instead of jail is, or should be, free. Let me make this crystal clear, rehab that will keep you out of jail is not free. There are people who still think its free, State, or Federal programs.  In many cases, government insurance will not pay for rehab, versus going to jail.

Let me make this clear, in the hundreds of people I have worked with, not once have I seen this happen. Never have I come across a State, or Federal Government medical insurance, like Medicaid, Medicare etc., pay for substance abuse treatment that will allow someone to go to treatment rather than jail.

Rehab is not free. This is especially true when you’re seeking an accredited rehab. And guess what, most court approved programs need to have accreditation if you’re going to attend as a substitute to jail time.

You are going to need either a good insurance policy (these are mostly employer-based policies) or, $50,000 to $100,000 to pay for treatment that will keep you out of jail.

The Insurance Paradox of being Clean or Sober

Insurance won’t pay for rehab if you have been off drugs for a short period of time.

This shocks people every time I have to explain it. Think about it, from the insurance companies’ point of view. If you have been alcohol and drug-free for 10-30 days, in their minds you don’t have a problem. Insurance companies consider this a valid reason to turn down paying for you to go to rehab versus jail.

Typically, you have to have been using drugs or alcohol no more than 48 hours, prior to the day you go to treatment for insurance to pay for treatment. In these unique situations, it’s best to contact a treatment placement agent and let them help you find a way to get into rehab versus going to jail.

Isn’t it cheaper for the government to pay for treatment versus putting someone in jail?

No, it is not!  It’s a myth, that it’s cheaper to put someone in drug treatment instead of jail. In 2017 the average cost to house a prisoner for one year is $32,300 per year.  A month in a licensed accredited substance abuse treatment center can cost over $30,000, for a month of treatment. It can cost up to $100,000 or more for 90 to 180 days of treatment. So no, you’re not saving the state any money by taking treatment versus prison.

As a side note, because rehab is not jail, you can walk out at any time

Now that I have made it crystal clear that you are going to have to have a good employer-based insurance policy or $50,000 – $100,000 to go to treatment versus jail, let’s discuss when and what instances you can make this happen.

The key is to seek treatment IMMEDIATELY.  It can only help never hurt.  Today I got a call from a person seeking treatment that had just been sentenced to prison. After talking with the caller I had found out that the person seeking treatment was sentenced a few days ago. They hadn’t used any substances for 6 months because they had an ankle monitor. So on point one, there was no way insurance was going to pay for rehab because they were 6 months clean. Point two they lost the option with the court to go to rehab versus jail because they waited until they were convicted and sentenced.

You need to seek treatment as soon as you are arrested before it’s too late.

If I had a dollar for every first time DUI offender, that while waiting to go to court for their first DUI, got another alcohol-related offense, I wouldn’t have to work anymore.

Even people that never had a drinking issue before, commonly get a second offense while out on bail from the first offense. They are depressed about their situation, feel overwhelmed, and anxious, and turn to alcohol. They go out drinking with a friend who drives and they think there’s no danger. The friend gets pulled over for DUI and then the passenger gets a drunk in public. Or worse, it is more common than you think for someone to get a DUI while awaiting court on a prior.

Crime on bail offenses are far more serious than if the crime happened sometime in the future.

People arrested for crimes that involve a gun rarely are allowed to go to treatment versus jail. However, there are exceptions. It’s best to contact a treatment placement agent and discuss your unique situation. When it comes to going to treatment versus jail you need an expert to help.  You need to know which treatment centers the court will accept as an alternative to going to jail and which treatment centers the court won’t accept in lieu of going to jail.

Bond Restrictions may affect where and when you can go to treatment. Some bonds don’t let you leave the city, county or state you live in.  Before you call a treatment placement agent for help, get a copy of your bond restrictions (if any) so you can discuss what rehabs are options for your unique situation.

Never give up hope trying to get into rehab versus jail.  Today a young man called me in a panic. He knew he was going to fail his urine analysis at his probation appointment today. I suggested since he was covered by his mother’s medical insurance policy that he should enter treatment today, he agreed.

I got him a letter from a highly accredited treatment center that he was approved for inpatient substance abuse treatment. He sent the letter to his probation officer and told the probation officer the truth. He said that he would fail his urine analysis today. He asked permission to go to treatment and it was granted.

In summary, going to rehab versus jail is a complex issue. There is hope, and there is help. I have placed hundreds of people in rehab that would have gone to jail if they didn’t go to rehab. Please feel free to call me at 800 673-5950 if you need help for yourself or a loved one.

About the Author Bruce Berman

He has personally has assisted several hundred people into treatment for alcohol, substance abuse, and dual diagnosis. He has maintained continuous recovery from various addictions since September 1989.  Besides himself, he has placed his own children, employees, family members, friends and other loved ones into various treatment programs. Whether you are struggling with addiction or a loved one is most likely the author has dealt with a similar situation in the past. Bruce is a father of four children ages 10 to 32 and happily married to his wife Victoria who has also been in recovery since November 1995. Together Bruce and Victoria run 800 Recovery Hub a company that specializes in placing people in need of treatment into the best treatment center they can.

Bruce Berman is not a medical doctor, holds no degrees or licensees in addiction and has no formal education in treating addiction. He relies solely on his personal experience gained in attending and participating in over 10,000 hours in various 12 step meetings since 1989 as well as the experience he has working with addicts and their families since 1989.