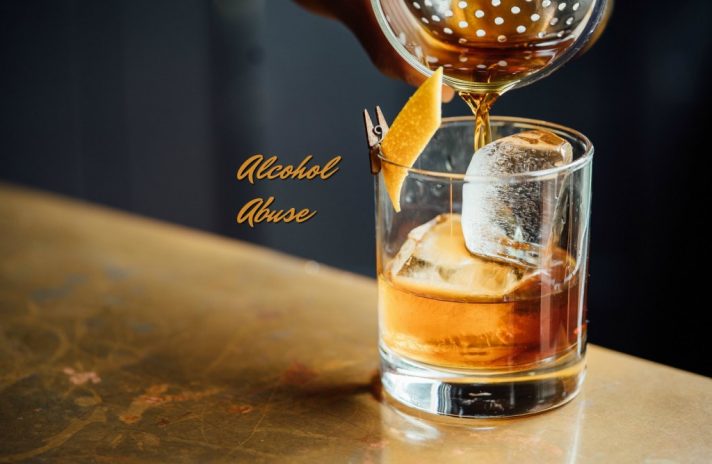 Alcohol Abuse is Difficult to Understand

It’s a progressive disease. That’s why we discuss problems with alcohol as stages of alcoholism.

People like me who suffer from alcoholism have a hard time understanding the “social drinker”. Having just one drink makes absolutely no sense. What’s the point?  Have one drink, isn’t going to change the way you feel, so why bother. I didn’t realize it at the time, but the goal of my drinking was to completely alter reality. Having a single cocktail would kick off a craving, but it wouldn’t change the way I was feeling. I honestly can’t recall one time, when I stopped at one.

I have observed many variations of alcohol abuse. There are the folks like me, who have never had a normal reaction to alcohol. There are also the people who drank socially for years, but at some point crossed an invisible line. There are also “binge” drinkers who have long periods of non-drinking, however, when they do indulge in an alcoholic beverage, they get drunk every time. The most complicated form of alcohol abuse is of those who suffer from depression, bipolar or some other condition and alcoholism. This is called a dual-diagnosis.

What is a Non-Problem Drinker?

If when you start drinking you find that at some time after you began to drink (it doesn’t have to be every time) you can’t stop drinking past “your preset limit” you are probably suffering from a body chemistry disease known as Alcoholism. The good news is there is a solution for Alcoholism.

Moderate drinking isn’t a cause for concern in most adults. But when alcohol consumption gets out of control, you may be on a dangerous path toward addiction.

The National Institute on Alcohol Abuse and Alcoholism estimates that 18 million Americans have alcohol disorders. Alcoholism isn’t created overnight. It emerges out of long-term alcohol abuse.

Knowing the signs and symptoms of each stage can aid you in seeking help before your problem turns into dependence and addiction.

The first stage of alcoholism is general experimentation with alcohol. These drinkers may be new to different forms of alcohol and likely to test their limits. This is a common stage seen in young adults.

These drinkers also frequently engage in binge drinking. While they may not drink regularly, they drink large amounts of alcohol at one time. Medline Plus classifies binge drinking as:

Drinking large amounts of booze in “one sitting”, is super dangerous and can even lead to coma or death. You have heard the stories of college fraternity fatalities, caused by peer pressure. Also, you may become dependent on the feeling and find that binge episodes happen more often.

Drinkers leave the experimental stage when their alcohol consumption becomes more frequent. Instead of just drinking at parties once in a while, you may find yourself drinking every weekend.

Increased alcohol consumption can also lead to drinking for these reasons:

Regular alcohol use is different from moderate drinking. There is usually a higher emotional attachment to it. A moderate drinker might pair a glass of wine with a meal, while a regular drinker uses alcohol to feel good in general. As increased drinking continues, you become more dependent on alcohol and are at risk of developing alcoholism.

Frequent, uncontrolled alcohol abuse eventually leads to problem drinking. While any form of alcohol abuse is problematic, the term “problem drinker” refers to someone who starts experiencing the impacts of their habit.

You may become more depressed, anxious, or start losing sleep. You may start to feel sick from heavy drinking but enjoy its effects too much to care. Many drinkers at this stage are also more likely to drink and drive or experience legal troubles.

There are also specific social changes related to problem drinking. These include:

Alcoholism has two facets: dependence and addiction. It’s possible for an alcoholic to be dependent on alcohol, but not yet addicted to drinking.

Dependence forms after the problem drinking stage. At this point, you have an attachment to alcohol that has taken over your regular routine. You’re aware of the adverse effects, but no longer have control over your alcohol consumption.

Alcohol dependence also means that you have developed a tolerance for drinking. As a result, you may have to drink larger quantities to get “buzzed” or drunk. Increased drinking has more damaging effects on the body.

Another characteristic of dependence is withdrawal. As you sober up, you may feel undesirable symptoms like:

The final stage of alcoholism is an addiction. You no longer want to just drink for pleasure at this stage. Alcohol addiction is characterized by a physical and a psychological need to drink.

Alcoholics physically crave the substance and are often inconsolable until they start drinking again. Alcoholics may also be addicted to drugs too.

Compulsive behaviors are prominent in addiction, and alcoholics often drink whenever and wherever they desire.

What’s My Outlook on Alcohol Abuse?

One of the biggest concerns with risky drinkers is when they don’t think they have a problem. Any stage of alcoholism is problematic. Moderate drinking is the only safe way to consume alcohol, but drinking, in general, isn’t safe for everyone.

Identifying problems with alcohol early can help prevent dependence and addiction. Medical treatment may be necessary to detox the body of alcohol and to obtain a fresh start. Since many alcoholics endure psychological problems, individual or group therapy may help in overcoming addiction.

The deeper into the stages of alcoholism you enter, the tougher it is to quit drinking. Long-term risks of heavy drinking include:

Talk to your doctor if you think you might have a drinking problem. Talk to a loved one. Talk to someone who can understand what you are going through.